Nanotechnology & Nanomaterials
MCTA opposes new language to the TURA law that will enable substances to be considered a class based on physical characteristics alone. TURA is currently looking to regulate carbon nanotubes and nanofibers and, in the past, has considered a broader approach to regulating nanomaterials.

PFAS
Massachusetts has taken a broad brush approach to PFAS, sweeping all of them into a single class for regulatory purposes. This approach exceeds that of the federal government. Massachusetts is also looking at categorizing them as a Persistent Bioaccumulative Toxic meaning the threshold for reporting is 100 pounds or less. The state has also announced an aggressive approach to cost recovery to offset the cost of cleanup of groundwater.

TURA Fee Increase
MCTA has been the lead voice in opposing any fee increase for TURA filers. The users, manufacturers and distributors of chemicals alone are responsible for bankrolling an ambitious program that directly benefits exempt commercial, institutional and municipal users. TURA has proposed expanding the program and extracting additional money from industry to do so.

Growing the list TURA’s List of Toxic or Hazardous Substances.
MCTA opposes the end run TURA has proposed its statutorily defined process that will enable it to add thousands of chemicals to the list of Toxic or Hazardous Substances in a calendar year. The law limits the amount to 10 or less. TURI has proposed allowing listing of chemicals by category and gone directly to EPA requesting substances be added to EPCRA and thus added to the TURA list. It has also raised the possibility of adding entire lists that other states and organizations have compiled to its list. Each of these proposals bypasses the SAB process and dramatically limits stakeholder participation and input.

Environmental Justice (EJ) & Cumulative Impact Analysis in Air Permitting
It March 2021, Governor Baker signed An Act Creating a Next Generation Roadmap for Massachusetts Climate Policy. Included in the law was the definition of EJ principles and populations and the requirement that MassDEP to evaluate and seek public comment on incorporating cumulative analyses into “certain” permits. MCTA has been active in the stakeholder process convened to develop the regulations. In particular, MCTA is weighing in on the following:

MCTA Mission Statement
The Massachusetts Chemistry & Technology Alliance, Inc., (MCTA) keeps members informed of developments on the state and national level that impact the industry; advocates for science-based, cost-effective policies, regulations, and legislation in the Commonwealth; and educates the public on chemistry and science-related issues. 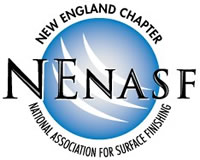